Today my youngest was sick and stayed home from school. We spent the day together building a Lego structure, reading books and poems, taking a nap and then watching a movie.
We watched Vanishing of the Bees. You can watch the trailer here.  Released in 2009 it has been around a while but if you haven't watched it I highly recommend it. It is about the declining honeybee population and discusses Colony Collapse Disorder.
After watching the movie my son was feeling a little better so we took a walk in the garden to get some fresh air and sunshine and check on our pollinators. And indeed they were busy pollinating.
This bumble bee liked the asters 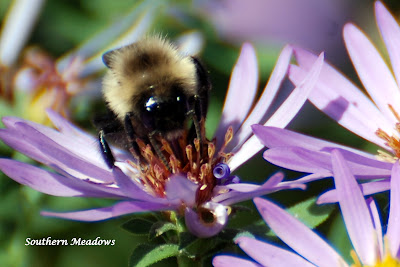 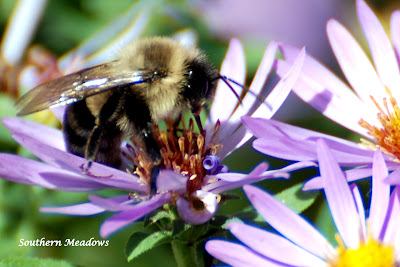 and, this little honeybee had himself so far into the bloom we thought he was going to get stuck. He almost looks like he is part of the stigma. 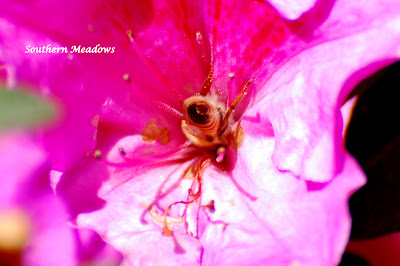 But, alas he crawled his way out backwards to buzz off to another bloom. 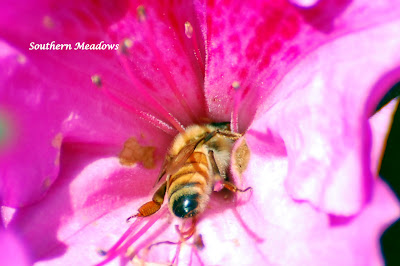 This wasp was busy on the aster only later to... 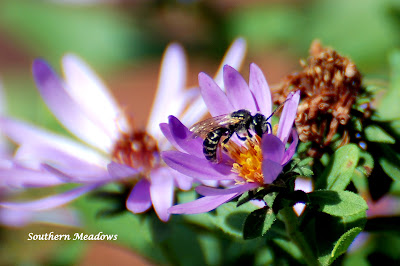 ...attack this honeybee. Can you see the two in the photo? 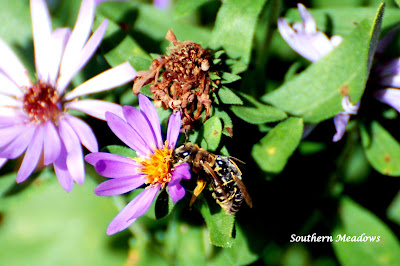 Here is another angle.
As far as we could tell the honeybee survived. 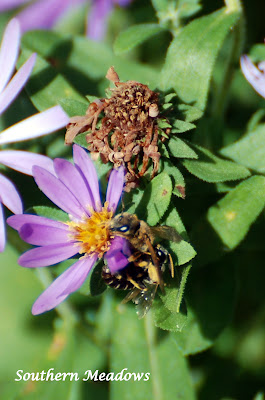 I am thankful for all the pollinators that are still enthusiastically working in my garden.
And, I am thankful that my son is feeling better. It looks like he will be going to school tomorrow.
Labels: asters Day 7 encore azaleas pollinators thanksgiving 30 Day Challenge