A Boy and A Lizard 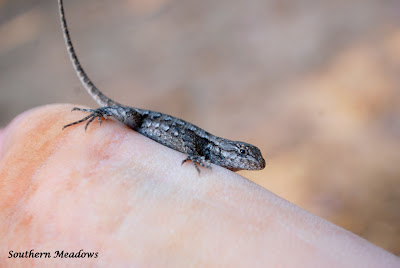 My youngest has a very curious mind and loves to explore the outdoors. He especially likes to pick up spiders, insects, lizards, frogs and pretty much anything that he is fast enough to catch. His latest capture is this young Eastern Fence Lizard (Sceloporus undulatus). 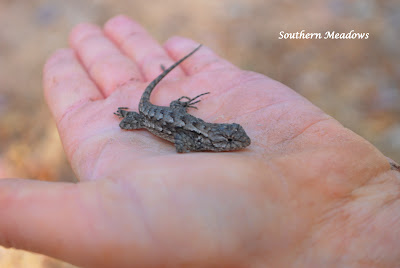 These lizards spend much of their time basking in the sun. But if you surprise them they will try to scurry off under a rock, up a tree

or up your arm, 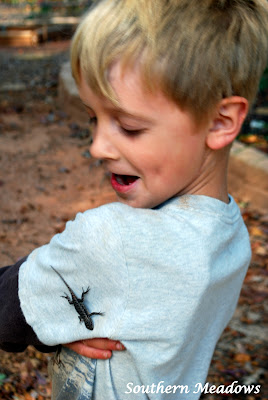 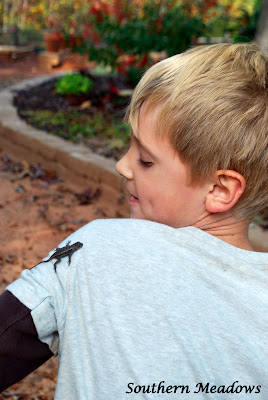 and across your back 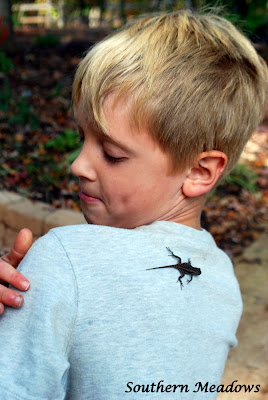 in an attempt to escape. 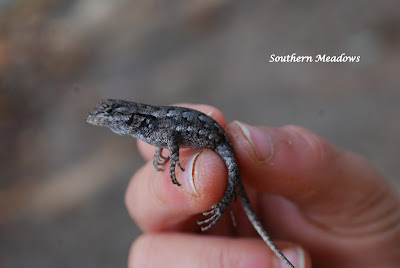 These lizards are very abundant in our garden living amongst the trees, stumps and rocks. They feed on spiders, insects and invertebrates. One of the biggest dangers these lizards encounter are attacks by fire ants that target the underbelly of the lizards and inject a neuromuscular toxin which immobilizes and kills the victim in less than a minute.

Note: my son handled the lizard with the greatest of care. The Eastern Fence lizard is not aggressive and will allow you to handle them most of the time.
Labels: Eastern fence lizard