Did you know that...

George Washington left his generals just before the invasion of New York so that he could write to his estate manager about planting groves of flowering trees at Mount Vernon.

The garden of Philadelphia farmer and botanist John Bartram played a significant role in the Constitutional Convention.

I learned these intriguing facts about the men that shaped our country from read a fascinating book written by British design historian Andrea Wulf. 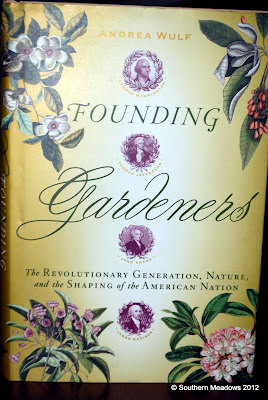 The Founding Gardeners
~ The Revolutionary Generation, Nature and the Shaping of the American Nation ~

examines the gardens and farms of George Washington, Thomas Jefferson, John Adams and James Madison. It explores their love of gardens, nature and agriculture and the influence it had on their political ideas. The book details how each of these men developed their properties: Mount Vernon (Washington), Peacefield (Adam's farm in Quincy), Monticello (Jefferson) and Montpelier (Madison).

A fascinating aspect of this book was to learn how each of these men viewed their natural surroundings and how this influenced their approach to farming and gardening. The book describes how George Washington liberated his garden from its 'claustrophobic corsets of geometry' after returning from the war. He was the first to plant trees and shrubs from all thirteen states as a visual expression of the young nation.


Jefferson meticulously categorized native plants by medicinal, edible, useful and ornamental purposes. He was a pioneer in growing native plants and incorporating them in his garden design.


As I was reading about these great men I couldn't help but think how we have come full circle in gardening as we again encourage these practices today.


All these men also firmly believed that small-scale farming in principle fostered independent people. 'As long as a man had a piece of land of his own that was sufficient to support his family...he was independent'. (Benjamin Franklin) 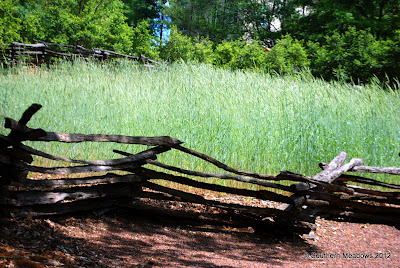 Agriculture imagery was often infused in their political writings and speeches. These men exchanged the latest gardening and agricultural books, shared valuable seeds of new crops and reported about their harvests and compared their experiments. Sound familiar? As the first president of the Agricultural Society, James Madison spoke about living off the land without destroying it. Interestingly all these men practiced crop rotation a system I use in my vegetable garden each season.

Adams wrote more on the subject of composting in his diary than any other subject. Over the years  he experimented extensively with manure mixing it with mud, lime and seaweed.  Washington was the first American to build a stercorary, 'a covered dung depository where manure could be stored, aged and mixed.'  These men were truly groundbreaking in this subject since many of the farmers at the time found this practice controversial. 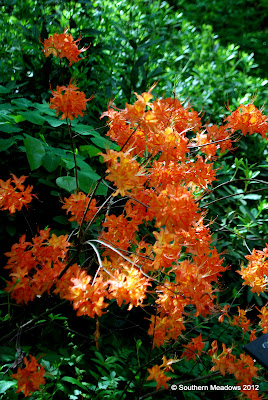 In a speech in 1818 James Madison warned that humanity could not expect nature to be made subservient to the use of man. Man, he believed had to find a place within the symmetry of nature without destroying it. 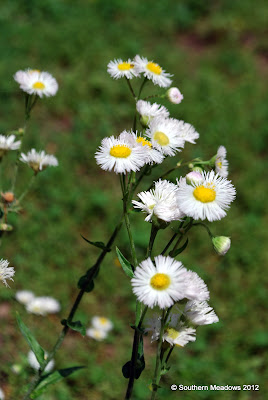 
I have always found that gardeners are some of the kindest and most caring people I know. I love how gardening was a common core that these men shared and were passionate about in their own ways. For me they are each an inspiration to modern man in the pursuit to live harmoniously with nature.


I am joining The Sage Butterfly for the Earth Day Reading Project where you profile a book that has influenced your gardening practices or view on your environment.

Special note on photographs ~
I took these photographs at the Atlanta History Center. The Swan House is one of the most photographed landmarks in Atlanta. This classically styled house was built by Edward H. Inman, heir to cotton brokerage fortune, in 1928. The Tullie Smith house farm is a plantation-plain house built in 1840. There are several gardens at the history center featuring native plants, heirloom vegetables, old fashioned ornamentals and 10 acres of woodlands.
Labels: Atlanta History Center Earth day Reading Project The Founding Gardeners