On April 20th we found eggs in one of our nesting boxes (see post here). Thanks to Gardening With Nature they were identified as Carolina Chickadees based on the appearance of the eggs (white with brown splotches) and the nest made mostly of moss. 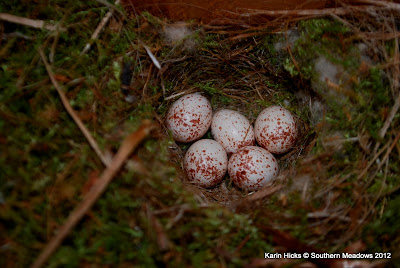 On April 26th we checked on the eggs and found that they had hatched. It looks like only 4 hatched. They were so tiny and only had wisps of down on their head and behind. 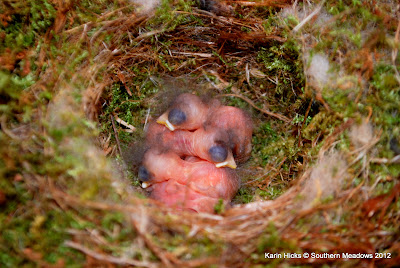 We checked on the babies today. In just three days they have grown significantly and started to get their wing feathers. 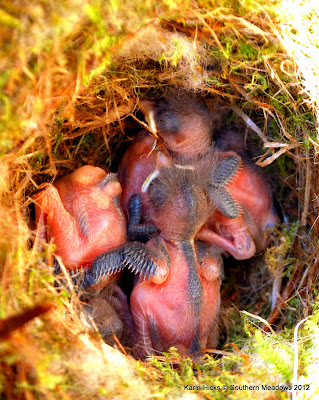 Both the parents are working diligently to raise their young. According the the Cornell Lab of Ornithology a male and female pair may remain intact for several years as long as they have successful nests. 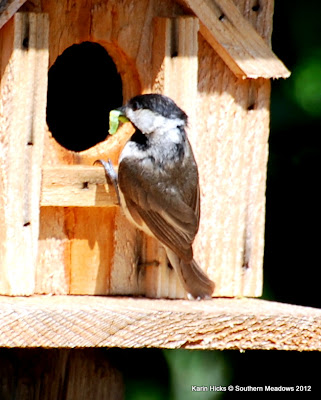 The babies are hungry and mom and dad are spending their days searching for food to keep this brood feed. 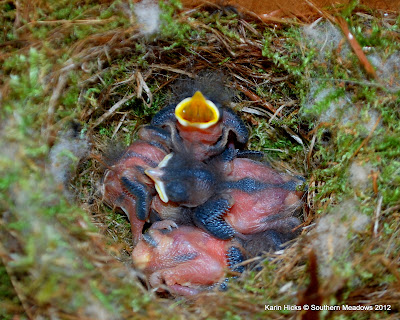 Looks like mom found a nice green caterpillar this time. 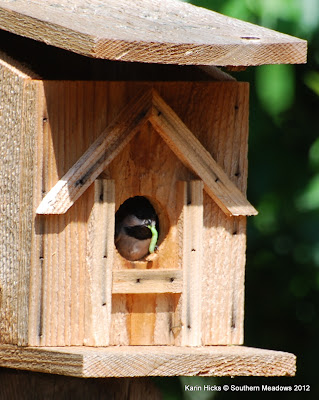 Next door the Bluebirds cleaned out their failed nest and are trying again. 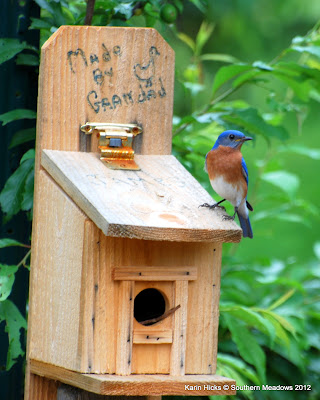 As of today there are 4 beautiful, blue eggs. 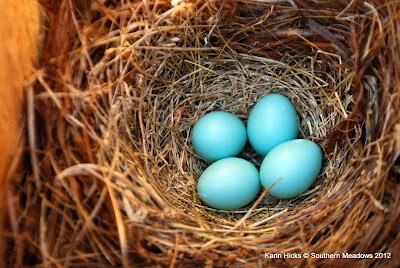 And, the mockingbirds have fledged. A lone rose pedal is all that remains in their nest. 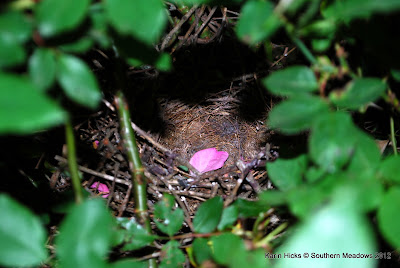