Is your wildlife friendly garden actually killing the wildlife?

As backyard gardeners we are being encouraged to turn our lawns and ornamental landscape into habitat that supports wildlife. We have all read about the decline of the monarch butterfly populations, colony collapse disorder impacting bees and the plight of many other insects due to habitat loss and insecticide use. And we have answered the call and are pulling up lawns, adding more native and pollinator friendly plants as well as providing food and shelter for local wildlife and ditching the pesticides and insecticides. 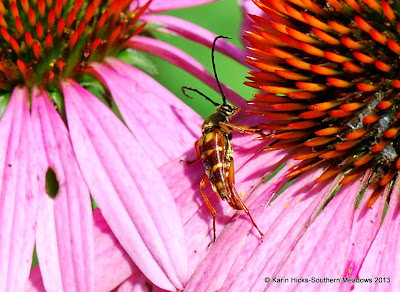 Where are you buying your plants and seeds and do you know who the growers are? A recent study (here) found that plants sold in garden stores and some nurseries have been pre-treated with systemic neonicotinoid insecticides, making them potentially toxic to pollinators. As if the pollinators don't have enough challenges already!

So, what is a Neonicotinoid?

It is a new class of insecticides introduced in the 1990's that have become the most widely used systemic pesticides in the world. What makes these chemicals popular in insect control products is that they are water soluble and can be applied to the soil. The idea is that they reduce the risk of the insecticide drifting from the target area. They are used against sap-feeding insects such as aphids, certain beetles like white grubs found in lawns, fleas (Advantage & Nitenpyram), wood-boring insects and cockroaches. 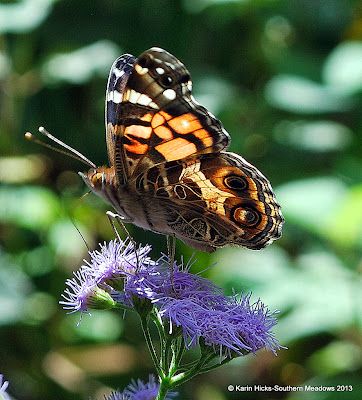 What is all the hype about?

When they first appeared on the market they were lauded for their low toxicity to beneficial insects. However, the more they were used in agriculture it was discovered that the chemicals impacted the bees ability to forage for nectar, learn and remember where flowers are located and impair their ability to find their way back to their nest/hive. 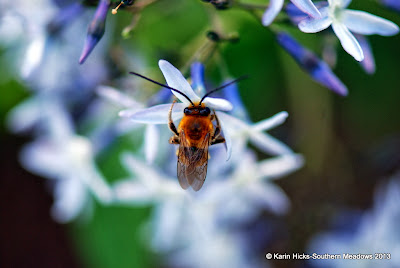 Unlike other pesticides that have been used in the past, neonicotinoids are being applied to seeds before planting crops. Over 140 crop seeds, with almost all corn, soybean, wheat and canola seeds grown in the United States, are pretreated with neonicotinoids. But, neonicotinoids are not only used in agriculture. Seeds and plants sold for home garden use are also being treated. In fact, nursery plants are treated at a much higher application rate than crops and therefore represent a more potent source of exposure to pollinators. 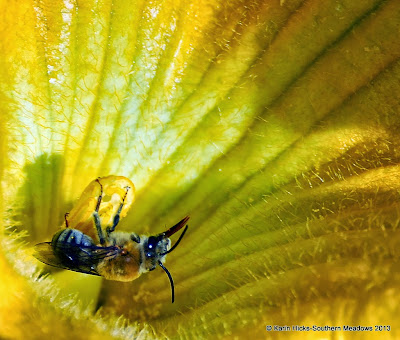 The pesticide is taken up through the plant's vascular system and expressed through the pollen and nectar which pollinators rely on for food. These pesticides can poison pollinators directly and through the water supply which they drink.  Their immune systems can also become compromised which leads to many wildlife diseases. Even more alarming is that the neonicotinoids can persist from one growing season to the next and will continue to exude the pesticide in the pollen and nectar for years after initial treatment. So, while we think we are taking steps in the right direction to support pollinators, are we actually poisoning the very insects we are trying to help? Are we unwittingly buying seeds and plants that have been pretreated with neonicotinoids? And, why are there no warning labels on these plants and seeds? 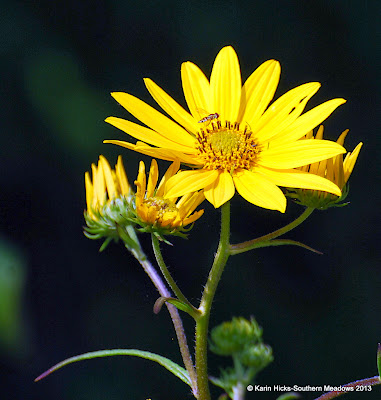 Could neonicotinoids effect the entire ecosystem?

While this study focused mostly on bees there is potential for these chemicals to effect an entire food chain. The American Bird Conservancy is conducting some research on the impact neonicotinoids has on birds (report). They found that a single corn kernel coated with a neonicotinoid can kill a songbird. During egg laying season, digesting 1/10th of a kernel is enough to affect reproduction. In The Netherlands, a study by a leading toxicologist found that neonicotinoids are so widespread in surface water that it is a major factor in the decline of many marsh, meadow and coastal birds in Holland. 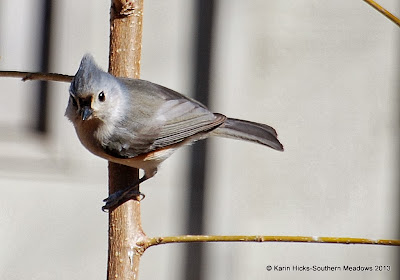 What will I do? What will you do?

As a gardener supporting wildlife, I now have one more step in ensuring the health of the birds and pollinators in my garden. I must be ever more vigilant when buying seeds for my vegetable garden or bedding plants. Heck, even birdseed for my feeders. I must know the source of the seeds and plants and whether or not they free of pesticide treatment.

(Note: If you use pesticides in your garden do a sweep of the products you have. Products that contain acetamiprid, clothianidin, dinotefuran, imidacloprid, nitenpyram, thiocloprid, thiamethoxam as an active ingredient contain neonicotinoid.)
Labels: and birds gardening for wildlife insects Neonicotinoids neonicotinoids harmful to pollinators seeds pre-treated with neonicotinoid insecticides systemic pest control