Does the calendar really say January? With temperatures climbing to the upper side of 70 this weekend and the daffodils poking up it is hard to believe. But, if that isn't odd enough imagine seeing a butterfly in North Georgia in January. When I looked up from pulling privet and Japanese honeysuckle in our newly expanded lot there was a butterfly. 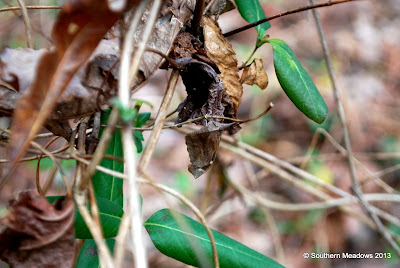 Can you see it perching from the branch imitating a dead leaf? It hung there long enough for me to run and grab my camera. Here is a better shot on its new perch, an expired blackberry cane. 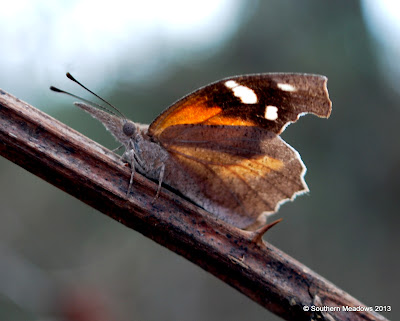 Its distinctive snout gave it its name. I think it is rather endearing. 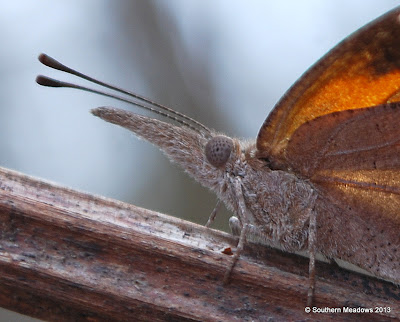 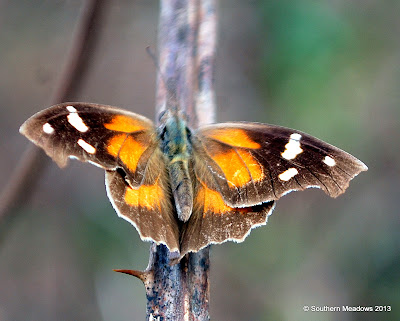 This is the first of its kind I've ever seen in our garden. I don't know how it ended up here in January or how it will survive on the limited blooms available right now but I hope nature will be kind.
Labels: American Snout butterfly Brushfoot family winter