Last week we visited The Frederik Meijer Gardens and Sculpture Park in Grand Rapids, Michigan. My previous post covered the Sculpture Park. Another outstanding part of this park is the 30 acres of wetlands. These wetlands are an important part of the regional watershed. The Park's brochure "Tending The Water" explains how the gardens were designed to minimize the effect on the water cycle. Rainwater drains from parking lots into holding ponds. Streams and plant material cool and filter the water before it makes its way to the wetland areas. 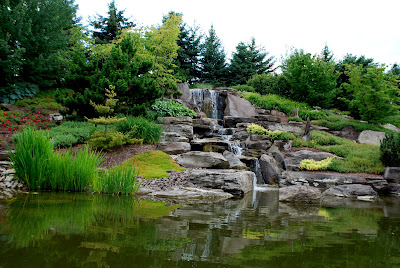 I learned after my visit that the islands in the parking lots "take the form of depressions rather than mounds. The water flows into these depressions and aided by the plants finds its way back into the ground close to where the rain has fallen". This approach won several awards in the engineering community.

By the time all this water makes its way to the wetland areas the water has been cooled and pollutants removed and it enters in a controlled trickle.

A boardwalk through the wetlands makes for easy viewing around the marshy area while reducing human impact on this fragile habitat. 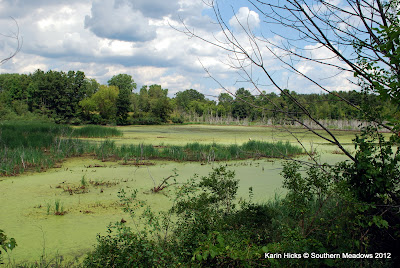 It is home to lots of local wildlife. I apologize for the quality of some of the photos. I want to show you the diversity of birds that call this place home but some were simply too far away even for my camera's zoom. 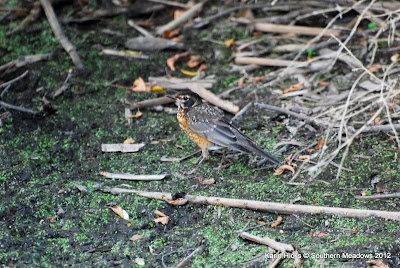 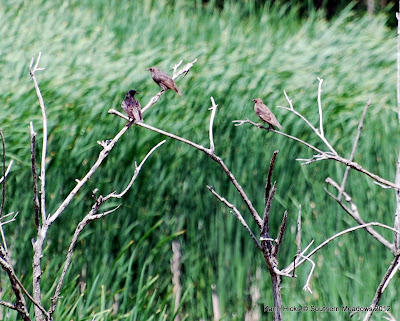 Limbs from dead trees provide a perching spot for birds in the middle of the swamp while providing a safe haven for fish to hide from predators.


This Heron was flying around the marsh during our visit but always staying at a great distance. Unfortunately, This is the best shot I could get.

The cattails as seen in the photo above are common plants in wetland areas. Red-winged blackbirds and other birds nests in them while beavers and geese eat them. If the blossoms are pollinated they turn into fluffy seed heads. These seed heads were used by Native Americans to create the first diapers. 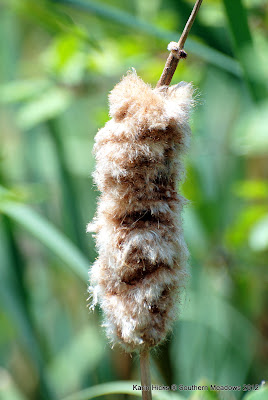 Water fowl are plentiful and we watched them for a long time. 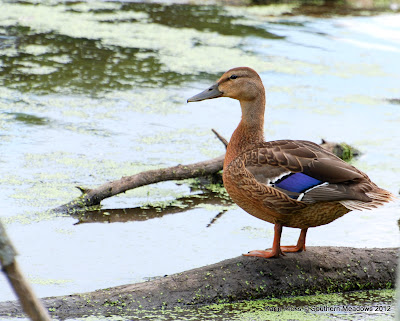 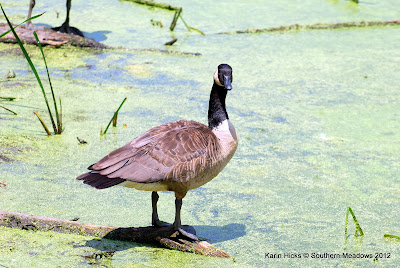 This couple stayed close together while grazing. These are Mute Swans which are a non-native species and considered a threat to the native Trumpeter Swan. The Mute Swans are very aggressive toward other waterfowl. According to the Michigan DNR website they have implemented a three step reintroduction program to increase the native swan population since the mid-80s and the Trumpeter Swan population is growing.


A few ducks were taking an afternoon nap under the protection of some limbs. 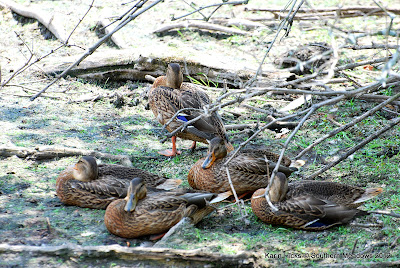 The Canada Geese were heading off somewhere all in a row. 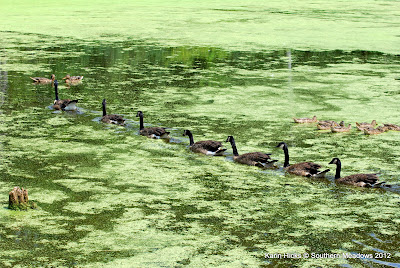 We had a great time spotting green frogs (Rana clamitans).  They cleverly camouflaged themselves on the green lily pads in the marshy area. 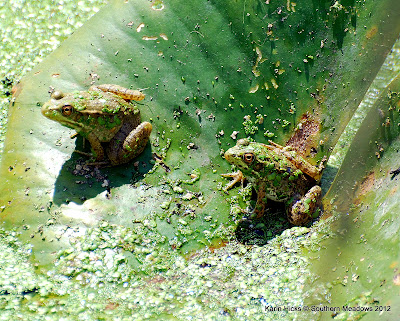 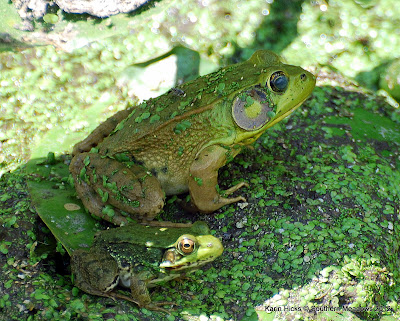 Mom and baby (?) or maybe male/female were taking refuge from the hot sun under some large lily pads. 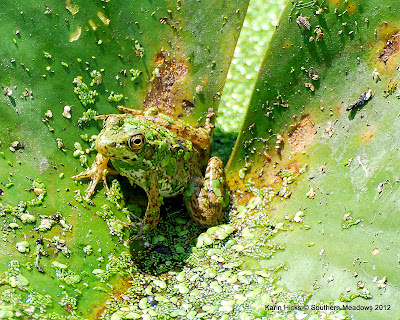 Of course there were also lots of turtles sunning themselves on logs and stumps.

Sometimes it was a bit of a balancing act. 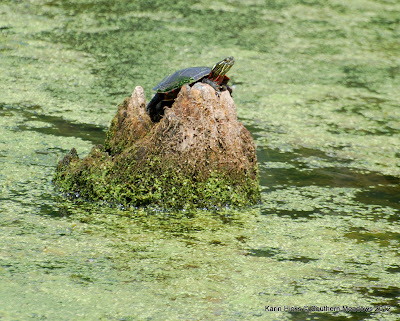 Of course it wouldn't be a complete post if I didn't include a dragonfly photo! 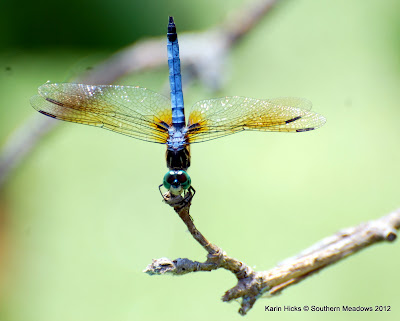