Did you ever see the 1958 movie The Blob with Steve McQueen? It is about an alien life form that crashes to Earth and begins absorbing everything in sight. It was inspired by Fuligo septica, a type of slime mold. Known as dog vomit for obvious reasons. It appears in mulched areas from May through October. 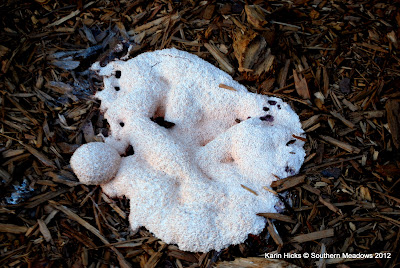 When I discovered the "dog vomit" in the vegetable garden it had already reached the spore bearing stage. Is this not cool?! 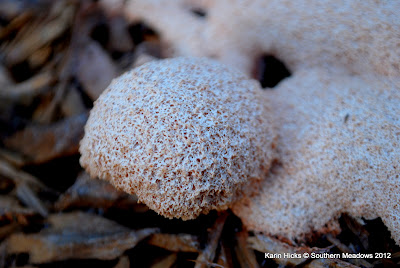 Based on the form it looks as if it would be hard but in fact it is powdery to the touch and will crumble with very little pressure as my boys soon discovered....curious boys minds want (read: need) to know. 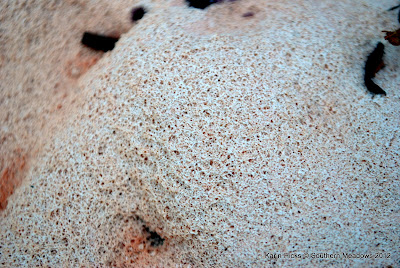 It is completely harmless. It feeds on other fungi and decaying organic matter. It usually appears in warm, wet conditions and disappears when the weather becomes dry. Slime molds are native to woodland areas and are beneficial to the garden. So don't mind the mess. It will clean itself up soon.
Labels: Fuligo septica slime mold 'dog vomit'