There are a number of insects that I find in my garden that are 'accidental' pollinators because in the process of  drinking nectar from flowers pollen sticks to them. Among these are a group of insects often mistaken for bees but are in fact flies. 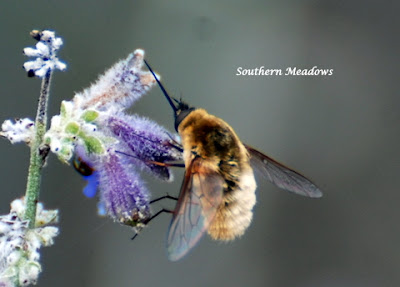 I spotted one such fly for the first time in my garden this week. This bee fly (belonging to the Bombyliidae family) is a furry little ball with a long needle like proboscis. The proboscis is often mistaken for a stinger (but if it were a stinger it would be located at the other end!) but, like butterflies, is used to sip up nectar from blooms. This particular bee fly seemed to like my Russian Sage. 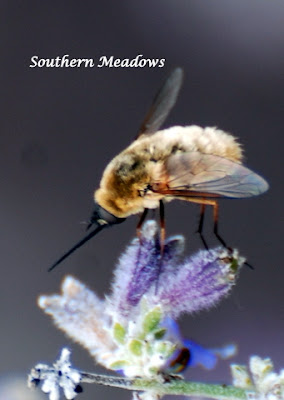 Like syrphid flies, these bee flies can hover in mid-air, something bees can't do. Another visual clue is that when they sit on a bloom their wings stick straight out rather than fold back like a bee's wing would.
All flies can be very useful pollinators. Although they are not as furry as bees and therefore making them less effective at carrying pollen they do inadvertently collect pollen on their bodies and contribute to the pollination of flowers and food plants. 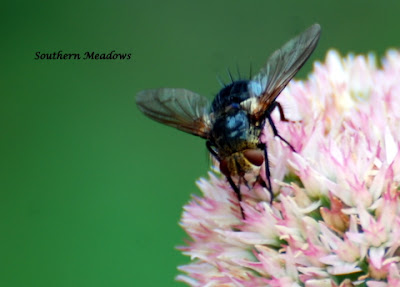 They are often seen on the same plants as bees as pictured here on my Sedum 'Autumn Fire'. 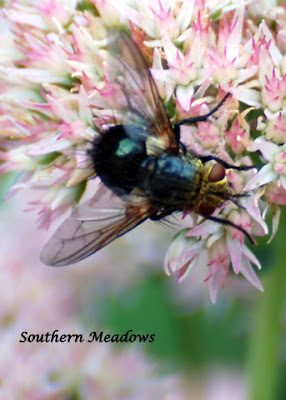 They were moving with ease amongst the other traditional visitors. 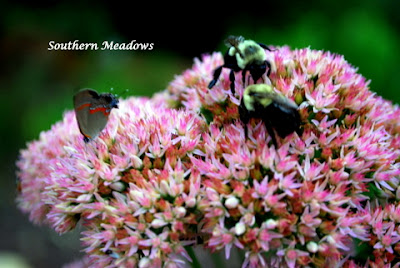 Beetles were our first pollinators on ancient plants such as Magnolia and Spicebush. They too play an important role in pollination often attracted to blooms that are moderate nectar producers and sweet or spicy smelling. This colorful guy was amongst the bees, butterflies and flies on the ever popular Sedum. 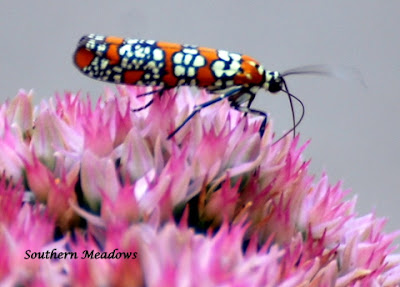 And perhaps this baby anole walking around the Lantana could even be considered an 'accidental' pollinator. 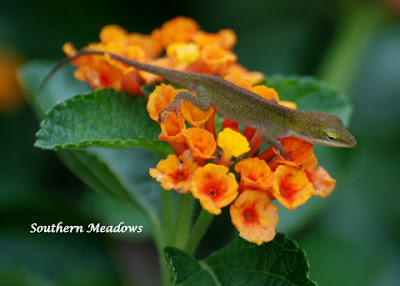