There is a spectacular, more than 30 acre woodland garden, in north Georgia that is worth a visit in spring when the native rhododendrons are blooming. Accoring to their website it is home to the largest selection of rhododendrons in the Southeast and Tripadvisor says "this botanical paradise has over 400 varieties and 3,000 plants overall".

This is a garden that has been on my list to visit for some time and finally a friend and I took the 90 minute scenic drive through mountain gaps and valley floors along rushing rivers-GORGEOUS-to arrive at Hamilton Gardens in Hiawassee.

The garden is tucked inside the Georgia Mountain Fairgrounds on a slope where gently winding paths takes one through the gardens and along the shoreline of Lake Chatgue. The azaleas were going strong with a variety of native and non-native species blooming when we visited. 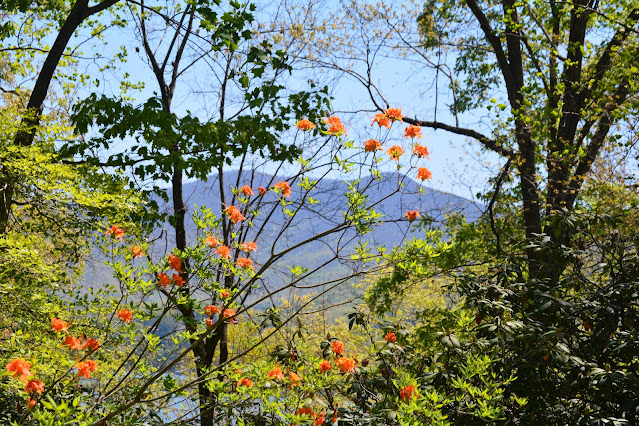 The gardens are on the southern edge of the Blue Ridge Mountains with views of Georgia's highest peak, Brasstown Bald (4,784 feet) and Lake Chatuge, created in 1941 when the Tennesee Valley Authority (TVA) dammed the Hiwawasee River to create the 3,500 acre lake, which stradles the Georgia-North Carolina border. 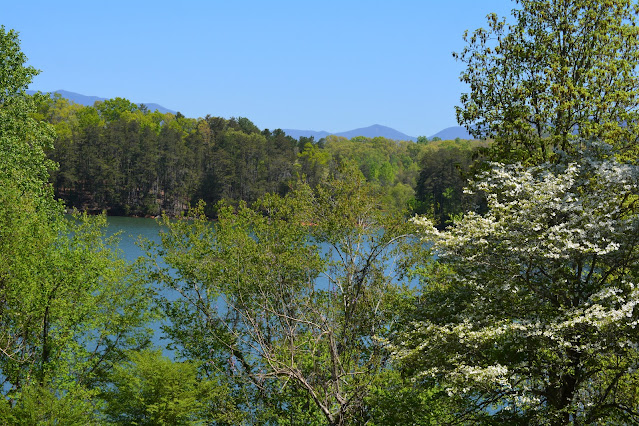 The gardens were a gift from Fred and Hazel Hamilton who were collectors and propagators of native rhododendrons and azaleas, best known for developing the domestic yellow Rhododendron 'Hazel Hamilton'. When they could no longer manage their expansive home gardens, they decided to donate their spectacular selection so the public could enjoy them. The land for the gardens was donated by the TVA to the county to be used as a park and in 1981 more than 1,000 plants were relocated here from the Hamilton's two homes; one in Atlanta and one in Towns County.

On our visit, the Flame azaleas were particularly profuse and it wasn't until I uploaded my photos that I realized just how many photos of the orange blooms I took. Yes, I love the color orange! 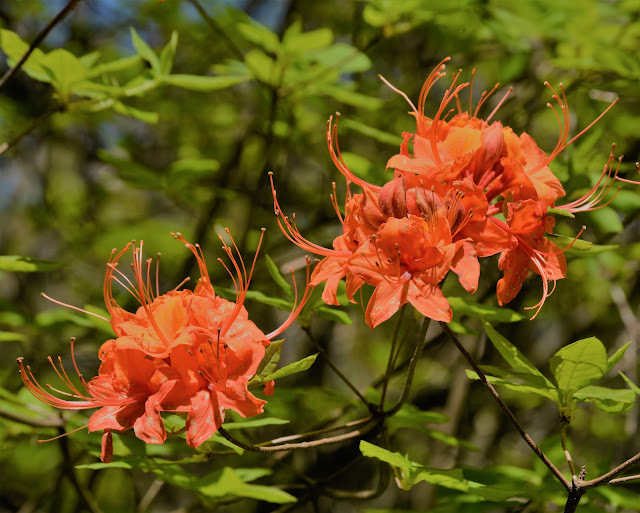 The rhododendrons were just getting started and over the next several weeks there will be many more blooms. Some species are more than 40 feet tall! 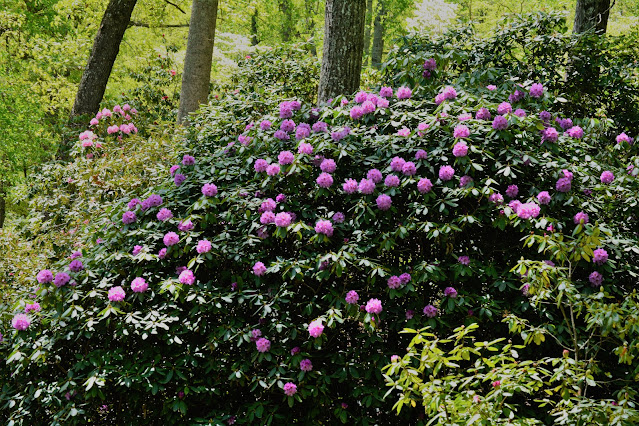 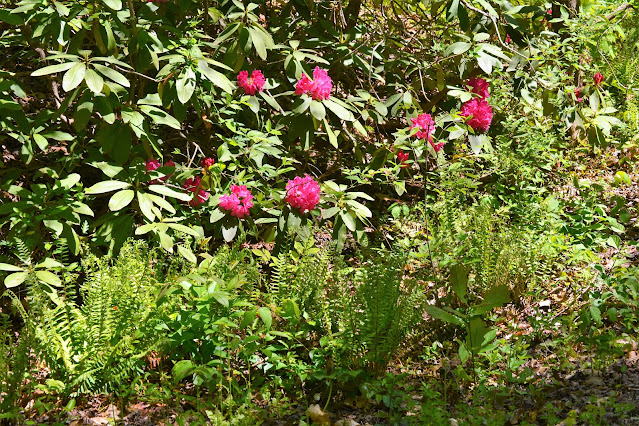 There are a variety of other trees and shrubs in bloom throughout the spring including redbuds, dogwoods, and hydrangeas. Unlike my garden, here the dogwoods and rhododendrans are in view of one another, creating classic flower pairings. 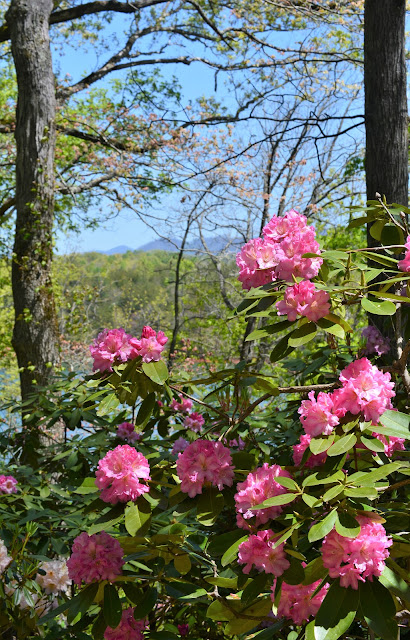 The dogwoods dotted the tree canopy with their bright white bracts, a timeless spring look. 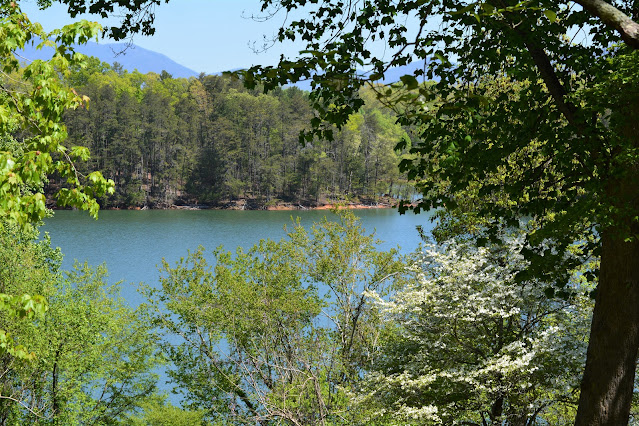 In addition to the lovely trees and shrubs, there were masses of spring ephemerals and wildflowers native to the Appalachian Mountains including trilliums, trout lilies, Solomon's seal, and wild ginger.

If you're looking for a relaxing day in north Georgia, go take in the fragrant flowers and stunning views of this special treasure. If it weren't for the longish trek from my home, I would visit weekly to see the changes as new blooms emerge througout the spring. Peak bloom time is the last two weeks of April through the first half of May.