The granite outcrop I am showing you is located a mere 10 minutes from my home and is a treasure of highly specialized plant species. 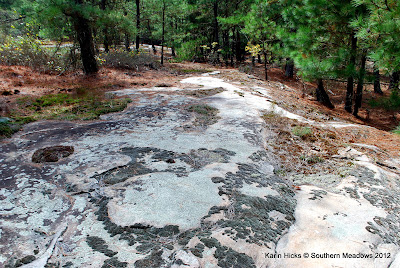 The environmental conditions on these outcrops are harsh and very different from the surrounding forest. The temperatures on the outcrops get much higher than adjacent areas because the rock absorbs heat. During the summer months temperatures easily reach 120 degrees Fahrenheit. The impermeable rock and sparse vegetation leads to extreme water run-off hence ninety-five percent of annual precipitation in outcrop areas is lost to run-off. Now that sounds like a tough life!

The herbaceous plants that have adapted to these extreme conditions give the granite outcrops their distinctive character. 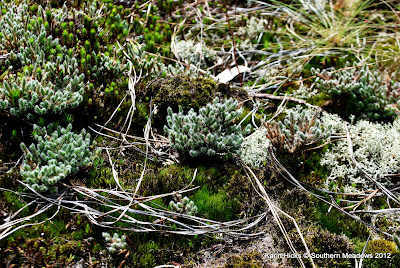 As resurrection plants they are ideally suited for these desert-like conditions since they are able to resume photosynthesis shortly after rehydration.


A large number of plant species occur only on Piedmont outcrops. The mat-forming quillwort (Isoetes tegetiformans) and black spored quillwort (Isoetes melanospora) are two rare aquatic plants that are Federally Endangered species found in rock-rimmed shallow pools on Piedmont granite outcrops. These pools are susceptible to degradation and destruction from foot traffic, off-road vehicle abuse, dumping and soil accumulation. The quillworts anchor themselves to the thin soil with their roots. They reproduce by spores which form in May through October. They are able to go dormant when the pools dry up and then resume growth whenever rainstorms refill the pools regardless of the season. What an incredible adaptation!

The extremely hot and dry conditions on the granite has led plants to adapt to this environment like the prickly pear cactus (Opuntia humifusa) which tolerates drought by storing water in succulent stems or leaves. 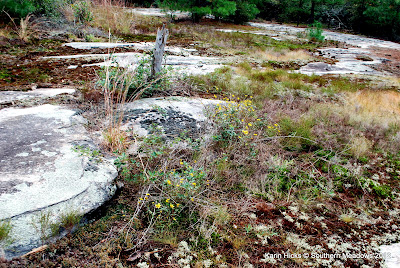 On thinner soils, Confederate daisy (a.k.a. Stone Mountain daisy) may dominate in the fall. 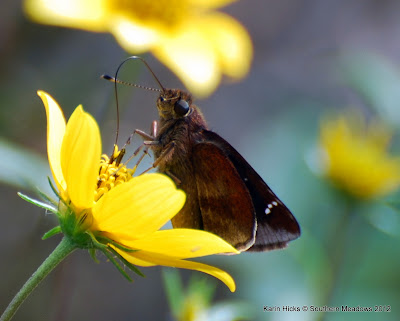 This unique outcrop vegetation also provides habitat for wildlife. There were several skipper butterflies enjoying the blooms. Check out the proboscis on this busy skipper.