Images of stained glass windows and old European churches immediately jump to  mind when I think of the word Tracery. This is the Word for Wednesday hosted by Garden Walk Garden Talk. It brought back memories of a humanities course I took as an elective in college which focused on architecture. The funny thing is what I remember most about the course was the lengthy study of flying buttresses.


Tracery is a term most commonly associated with architecture during the Gothic, Romanesque and Medieval times. It usually refers to windows and some ornamental design elements. Tracery structures often use interlacing and branching lines.  So how does one translate this terminology to the garden?


I first looked at my plants for inspiration. I found that the Dogwood blooms reminded me of tracery used in Gothic windows. The dogwood bloom is also very symbolic in Christianity. It is said that the four bracts form the cross. The marks on the outer edges of the bracts represent the nail marks. The center of the bloom resembles the crown and the red dogwood berries represent the blood of Christ.  Makes you wonder if it wasn't the inspiration behind the cathedral windows. 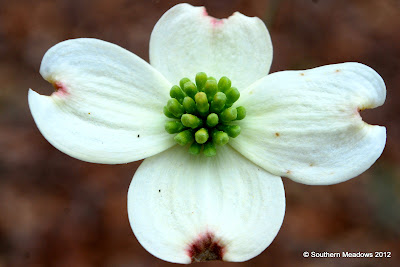 The blooms of this Columbine resemble the more intricate plate work of rosette windows.

The petals of the iris could also be a vision for a window tracery.


The leaves of the Ghost Fern invokes images of the tracery work found in the framework of some of the long window of that time. 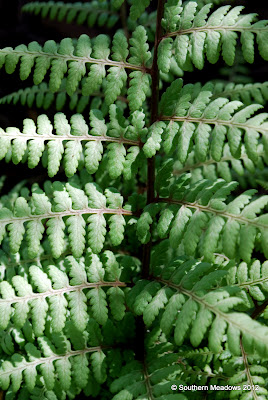 As does the veining of this decaying leaf. 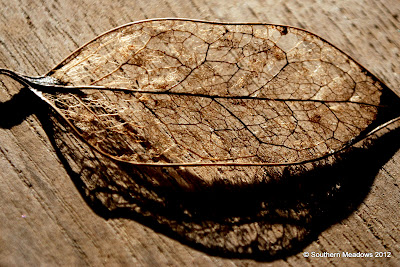 The interweaving vines of the Lady Banks Rose resemble rambled lines sometimes seen in the more extravagant tracery works. I envision the lines of vaulted cathedral. 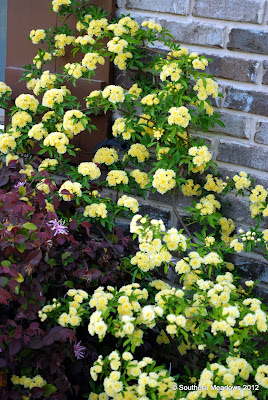 Some of the wildlife which call my garden home also have some interesting examples of pattern that could be the inspiration for some tracery works.

The lizards have wonderful repetition and shape to their scales. 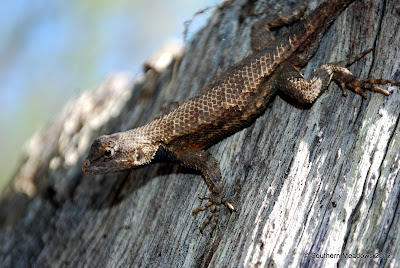 Here is a closer look~ 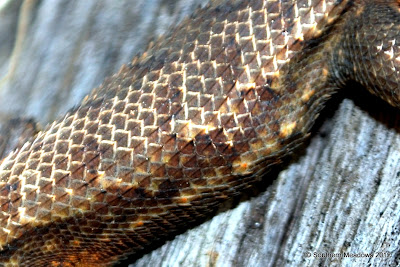 The markings on the monarch caterpillar could be applied to the tracery with complex, interlacing designs. 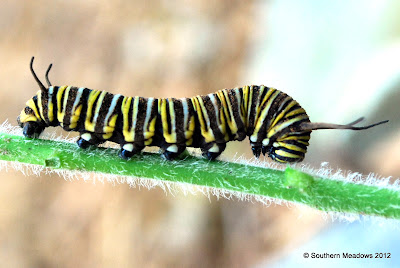 The butterflies also have some wonderful patterns and symmetry like this zebra swallowtail which is feasting on the dainty blooms of the Coral Bell . It reminds me of a stained glass window with light filtering through reflecting beautiful patterns and colors onto the floor.


Thank you for indulging me as I stretch the imagination to find tracery elements in my garden. For other interpretations and examples be sure to stop by GWGT.
Labels: Tracery examples in the garden Word for Wednesday