Summer has arrived when ... the snakes are back!

For the past several days we have seen a small, black rat snake around the backyard. He is a young one about 3 ft. long and pretty thin and very skittish so he moves quickly. Today he was out when the camera was handy. 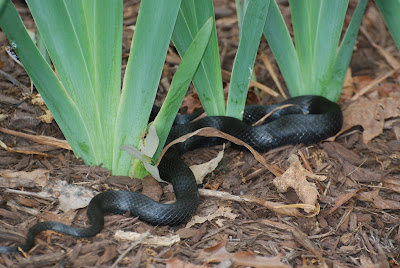 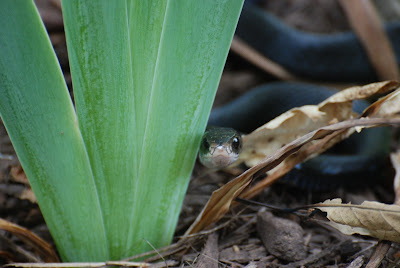 When things got a little busy in the garden (i.e. dog & kids running around) he found himself a home in an old stump and tucked himself away. 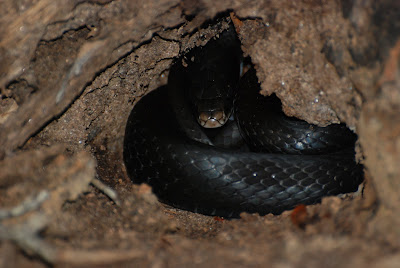 Now, I haven't always been a big fan of snakes. Frankly, they still make me a little nervous if I get too close but these are great snakes to have around. They are non-venomous and basically harmless. They are territorial so they do a good job keeping the "bad" snakes away (i.e. copperheads, rattlesnakes and the occasional water moccasin). They also live on the rodents that I don't want to have in my garden such as the voles, moles, and rabbits and some of the ones that I like having around such as birds and chipmunks. But you have to take the bad with the good sometimes. All I know is that it better get busy reducing the vole, mole and rabbit populations in the garden before I loose too many plants to their demise.
Labels: black rat snake summer