The trouble with weather forecasting is that it's right too often for us to ignore it and wrong too often for us to rely on it.  ~Patrick Young
Groundhogs, woodchucks, whistle pigs, mouse bear or land-beaver...all names for the marmot which has become North America's favorite weather creature.  Here in the Southeast we rely on our very own General Beauregard Lee (aka "Beau") to tell us if it will be an early spring or if we are in for six more weeks of winter. 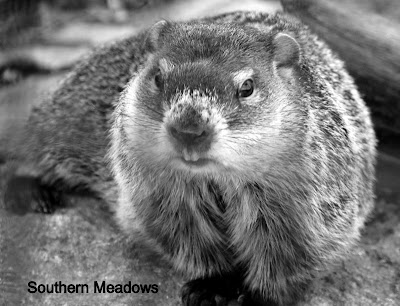 Beau has been recognized for his public service to Americans by four Georgia Governors; and has twice been commended for the accuracy of his predictions by The National Weather Service. He has received honorary doctorates from the University of Georgia "DWP, Doctor of Weather Prognostication" and Georgia State University "Doctor of Southern Groundology".

Beau resides in a lavish white-columned southern mansion at the Yellow River Ranch in Atlanta with 600 other inmates. Did you know that groundhogs are one of the few mammals that truly hibernate for the winter? They make burrows below the frost line where temperatures remain stable during the winter months. Groundhogs emerge from hibernation in early February to begin their mating ritual. In fact according to Wildlife Promise this is the practice of males as they rouse themselves to wander around their 2- to 3-acre territories in search of burrows belonging to females, which the males will enter and where they may spend the night. Research suggests that no mating takes place at this time; the visits probably just let the animals get to know one another so that they can get right down to the business of breeding when they emerge for good in March.


In honor of Groundhogs day here are 10 things you may not know about this roly-poly rodent (from Wildlife Promise):
So what are your predictions?
Will it be an early spring? 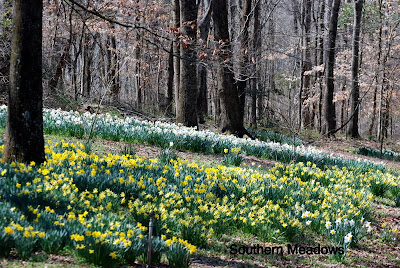 or are we in for a longer winter? 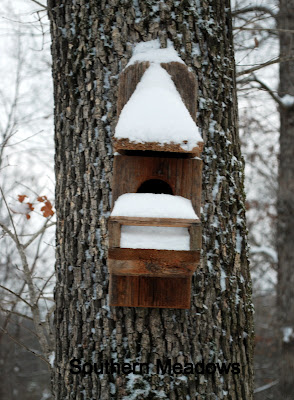