It is hard to believe that it already mid-December and the last Garden Blogger's Bloom Day post for 2011. December has been a rather mild month with only two hard frosts. That was enough to put down most of the blooming plants for the winter but taking a walk through my garden this morning revealed some interesting finds. 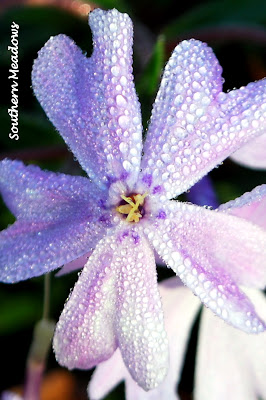 The creeping phlox seem to be a little baffled by our mild weather. Normally spring blooming, the phlox have started to bloom early. A heavy dew had them sparkling in the morning light. Almost as if they were decorated for the holidays. 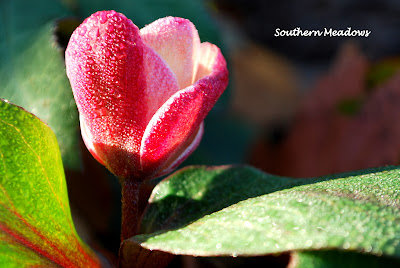 Hellebore are also blooming earlier than normal. They usually show their faces in late January to early February. But we have been enjoying temps in the low 70's this week! So they decided to have an early show. According to the Farmer's Almanac we were at 39.2 last year. What a difference a year makes! 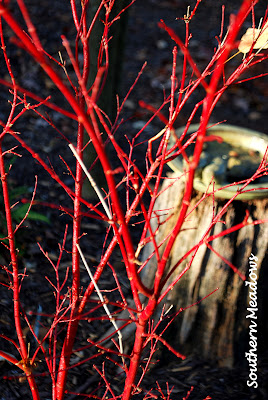 The Coral Bark Maple is particularly intense this month with its very deep coral color. 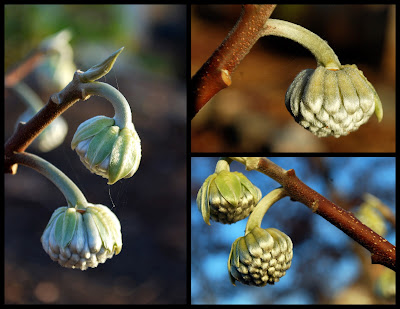 The Oriental Paper Bush (Edgeworthia chrysantha 'Winter Gold') is new to my garden this year. I am looking forward to seeing the blooms open around mid-January to early April. In the meantime I am enjoying their spectacular large silvery buds. They hang like ornaments on a tree. 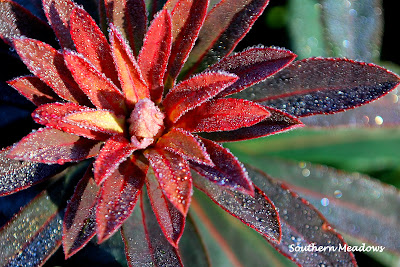 The euphorbia and creeping begonia are looking very festive with their red and green tones. 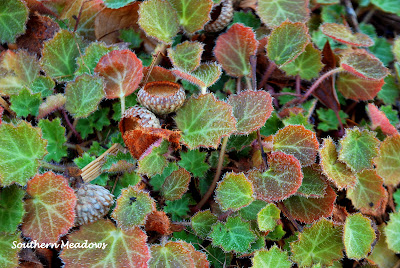 The tropical milkweed is putting out presents. The pods are opening to reveal many brown seeds. The fluffy floss is spectacular when the light reflects on the filaments and the morning dew drops hang onto the ends of the hairs. These gifts of nature will blow where they may. 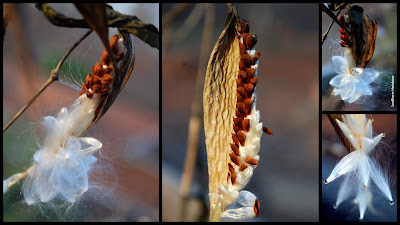 And lastly, I really love the browns of the dried hydrangea 'silver dollar' blooms. They are just splendid in every season. 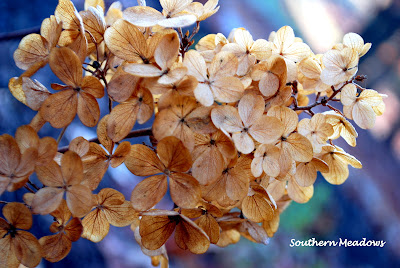 You can enjoy other December gardens from all over the globe by linking over to May Dreams Gardens.